The workshop “Preparation of the climate change adaptation strategy of the Prague city“ took place in the Marble hall on Clam-Gallas palace in Prague on 30th May 2016. The event was hold under the auspices of the Councillor for the environment, infrastructure and technical equipment, RNDr. Jana Plamínková and was organised by Prague Institute of Planning and Development and Prague City Hall, in cooperation with UrbanAdapt project coordinated by CzechGlobe.

Observed and expected future impacts of climate change as well as examples of implemented adaptation measures, possibilities for implementing nature-based solutions. Participation of Prague city in Mayors Adapt initiative was presented as well as the current status of preparation of Prague’s adaptation strategy, which is currently ongoing. It emerged during the follow up panel discussion, that unresolved issues are related mainly to the legislative framework and support of adaptation efforts at the local level.  The seminar was attended by 95 participants including representatives of the City Hall, municipalities, IPR Prague, academia and private sector, NGOs. 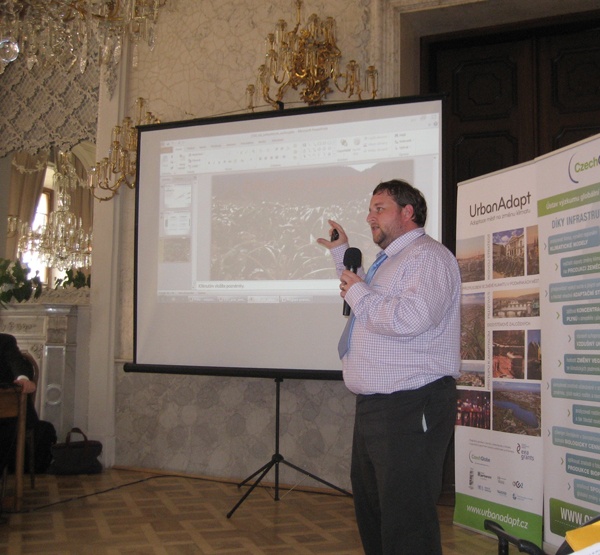 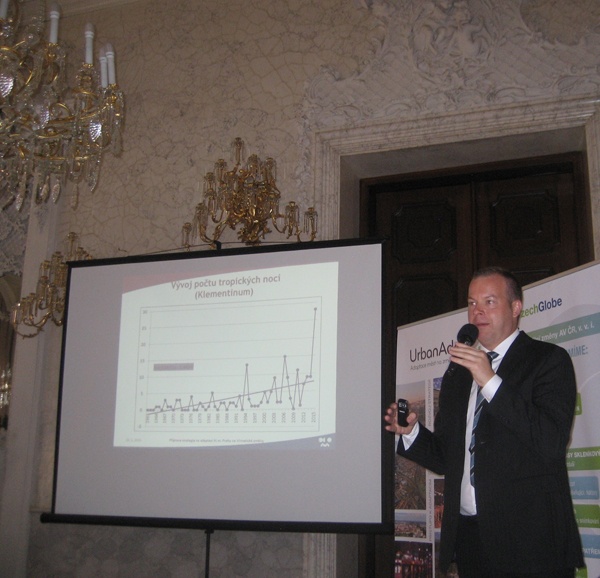