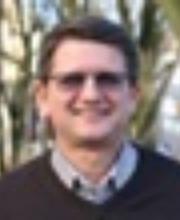 Through my broad academic education and research activities at different universities and different countries, I have gained experiences in complementing topics and experimental approaches within the areas of molecular biology, physiology and biochemistry.
The subject biology has been studied at the University of Bayreuth with specialisation in plant science, biochemistry, genetics and microbiology. A protein chemistry Diploma work on the production of key catabolic enzymes of methylotrophic bacteria has been carried out at the Department for Microbiology and a honour Diploma degree has been awarded.
The theoretical and practical knowledge has been expanded through a PhD work at the Department of Botany of the University of Regensburg. Using molecular and biochemical approaches aspects of the glycosylation and secretion of proteins in yeast and oocyces have been addressed. Funding was provided by a high ranking fellowship from the “Studienstiftung des Deutschen Volkes” and a honour degree has been awarded (“summa cum laude”).
Two years of postdoctoral experience has been obtained at the Department of Prof. E. Nester at the University of Washington, Seattle, USA, funded by a competitive fellowship from the Deutsche Forschungsgemeinschaft. The signal transduction mechanisms leading to the activation of the virulence genes of Agrobacterium were studied.
After returning to the Department of Cell Biology and Plant Physiology of the University of Regensburg in 1990 I have successfully initiated, as “Wissenschaftlicher Assistant” of Prof. Tanner, a new research project on the regulation of carbohydrate partitioning in higher plants.
After completing my “Habilitation” I have obtained the position of an “Oberassistent”.
In 2001 I have been appointed as Full Professor at the Plant Science Institute of the University of Würzburg, whereas the topic of carbohydrate partitioning has been extended by novel aspects such as biotechnological application in crop species and phytopharming. The range of experimental methods applied has been broadened by non-invasive, physiological phenotyping techniques and transformation of crop plants.
Since 2009, as Full Professor for Plant Physiology at the University of Graz in Austria, experimental platforms for high throughput instrumental analytics of phytohormes and metabolites and high-throughput determination of enzymatic activity signatures have been established. Various applied topics including biomass and storage product yield, biotic and abiotic interactions, double haploid technologies, male sterility, nitrogen remobilisation and aspects of fructan metabolism including bioenergy and material uses within the crop species sugar beet, rapeseed and grasses were initiated in close collaboration with different breeding
companies.